International Shipping from the State of California

California also has several important seaports. The giant seaport complex formed by the Port of Los Angeles and the Port of Long Beach in Southern California is the largest in the country and responsible for handling about a fourth of all container cargo traffic in the United States. The Port of Oakland, fourth largest in the nation, handles trade from the Pacific Rim and delivers most of the ocean containers passing through Northern California to the entire USA.

This is a list of airports in the California, grouped by type and sorted by location.

International Shipping from the Port of Los Angeles, California 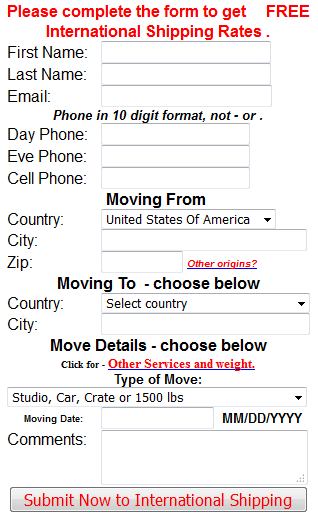 We use cookies to ensure that we give you the best experience on our website. If you continue to use this site we will assume that you are happy with it. And have read our Terms of Service and Agree with it.OkPrivacy policy